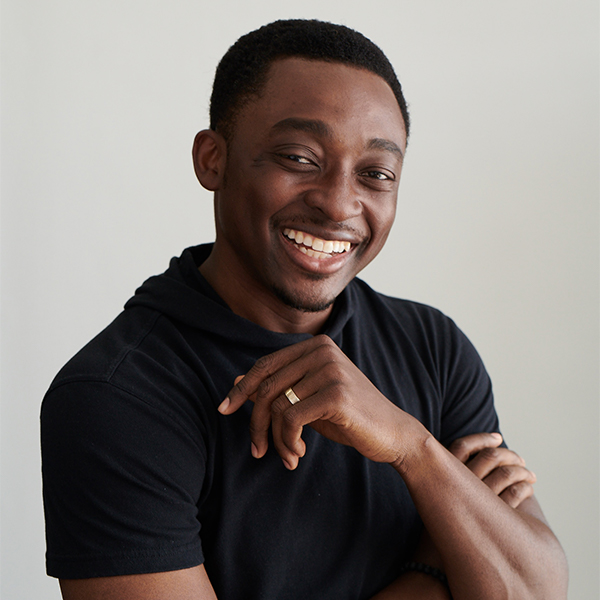 Bambadjan Bamba is an actor and filmmaker who immigrated from the Ivory Coast with his family fleeing political persecution in 1992. At 10, America became his new home. He learned English by listening to hip-hop greats like Biggie Smalls and watching cartoons. Upon finding out that he was undocumented as a high school senior, Bambadjan worked his way through drama school without any financial aid. Since then, he’s qualified for DACA and worked his way up in Hollywood. He is now a series regular on NBC’s The Good Place and has a role in the upcoming Marvel blockbuster Black Panther.

“Immigrants are not criminals,” said Bamba, 35. “We're not here to take away your jobs. We're here to give back. We're not just Mexicans or Latino. We're black, too. We're from the Middle East, from Asia, too. We're your neighbors, your doctors, the teachers of your children, and sometimes we're on TV in your home, characters that you love. We're just one of you. “The only difference is [that you have] a certain piece of paper that's supposed to allow you to navigate freely in the country.”

Ultimately, I really felt moved in my spirit. I felt like God was telling me, "This is your time to do it. You have to do it." I look at my daughter and I'm like, "If I don't do it, and DACA gets canceled, I could be separated [from her]." We just don't know what's going to happen and I'd rather go out fighting...But we're done with fear. We're here to stay. Let's push. Let's fight, because nothing is going to be given for free.

I got into [the Conservatory of Film and Dramatic Arts] and they helped me pay for it. I drove yellow cabs in New York City to make the tuition and just kind of did what needed to be done. I just always knew that [acting] is what I was called to do.

Someone who is a professional but happens to be undocumented

Before you can wear a crown you have to be able to carry one. Serve and volunteer in whatever capacity you can especially with leaders in your industry and go above and beyond. This is the key to building relationships.